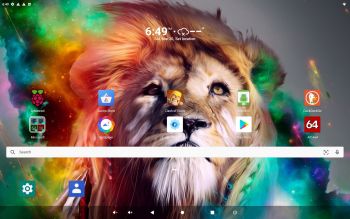 ABOUT Android 11, which was released 200908…
Read also an article about The Evolution of Android  – List of Android Versions and Release Dates.

MORE NEWS 210321 ABOUT RaspAnd 11
RaspAnd 11 can be installed to a Micro SD card (preferable a class 10 card) in Windows 10 using Rufus, Win32 Disk Imager or Etcher. You can alternatively (of course) use the dd-command in a Linux system. Unzip the downloaded file raspand-android-11-rpi4-GAPPS-netflix-spotify-bluetooth-1070mb-210321.zip. Then open a terminal and run the command dd if=raspand-android-11-rpi4-GAPPS-netflix-spotify-bluetooth-8600mb-210321.img of=/dev/sdX bs=4MiB
(Change X to b, d or…). 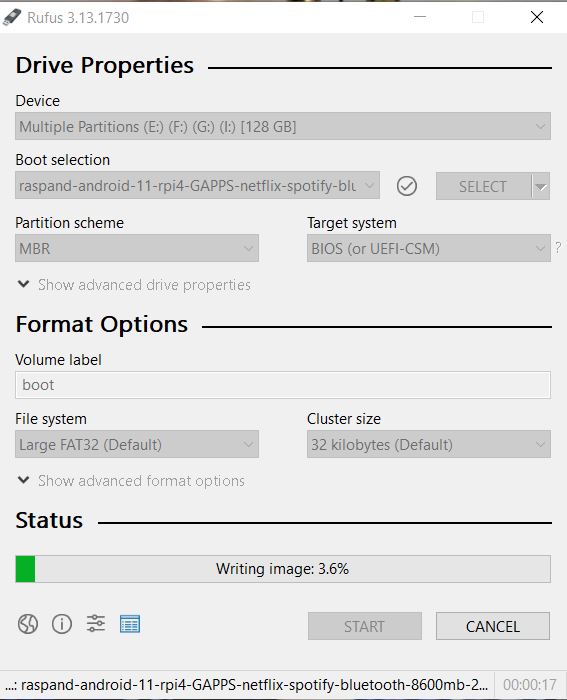 Two for one
When buying this version of RaspAnd you will also get RaspAnd 12, which hasn’t got Google Play Store and Netflix pre-installed.