NEWS 210101 about RaspEX with LXDE based on Ubuntu 20.04 Focal Fossa.
I have upgraded the whole system and replaced the old kernel 4.19.108-exton-v7l+ with kernel 5.4.83-exton-v7l+. RaspEX Build 210101 is a Linux ARM system for Raspberry Pi 4 with 2GB/4GB/8GB RAM and Raspberry Pi 3 Model B+, Raspberry Pi 3 Model B or Raspberry Pi 2 Model B. It is based on Debian, Ubuntu 20.04 and Linaro (Open Source software for ARM SoCs). Both Firefox and Midori Private Browser are pre-installed. I have also installed Samba and RealVNC so you can connect to your Windows computers in your Home Network and/or control RaspEX on your Raspberry Pi 4 from your Windows computers with VNC Viewer and/or PuTTY (Telnet and SSH client). Furthermore some extra Network Tools, SMTube (YouTube browser which allows to browse, search and play YouTube videos), PulseAudio for better sound in YouTube and Raspotify – Raspotify is a Spotify Connect client for Raspbian on the Raspberry Pi that just works. Study all installed packages in RaspEX Build 210101.

More about RaspEX
RaspEX is a full Linux Desktop system with LXDE (an extremely fast-performing and energy-saving desktop environment) with many other useful programs pre-installed. Firefox is used as Web Browser and Synaptic as Package Manager. You can use Samba and RealVNC to connect to your Windows computers in your Home Network and/or control RaspEX on your Raspberry Pi 4 from your Windows computers with VNC Viewer and/or PuTTY (Telnet and SSH client). You can use Synaptic to install any extra packages you may need. For example LibreOffice. RaspEX uses Ubuntu’s software repositories so you can install thousands of extra packages if you want.

Why shall I use RaspEX?
Eight Operating Systems are recommended by Raspberrypi.org. Among them Noobs, Raspbian (Debian Buster) and Snappy Ubuntu Core. RaspEX is faster (“fast as lightning”), more useful and more fun to use. (In my opinion). One member at this site thought that running RaspEX (for Raspberry Pi 2 Model B) was like running Raspberry Pi on “steroids“. If you use the new Raspberry Pi 4 RaspEX will run even faster! 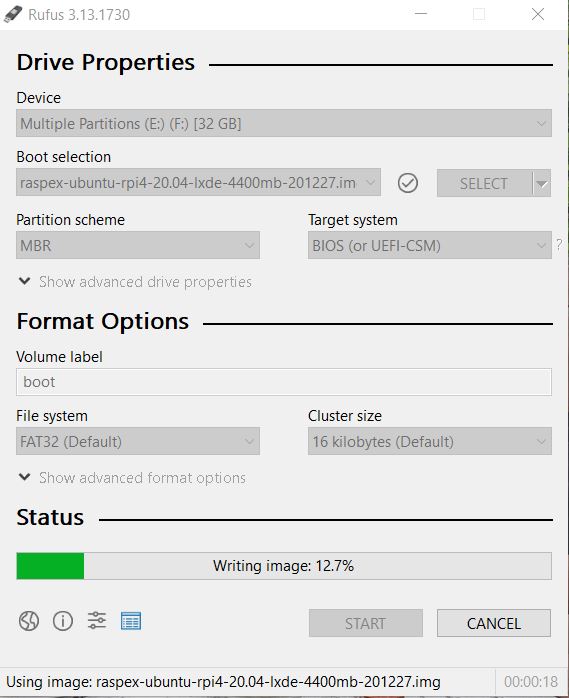 How do I install RaspEX in Linux?
You can of course also install RaspEX in any Linux system using the dd command. Just open up at terminal and run the following command (as root):
dd if=raspex-ubuntu-rpi4-20.04-lxde-4400mb-210101.img of=/dev/sdX bs=1M
Note: Change /dev/sdX to for example /dev/sdc, /dev/sde or…
(Check it carefully before you run the above command so you won’t lose important data). 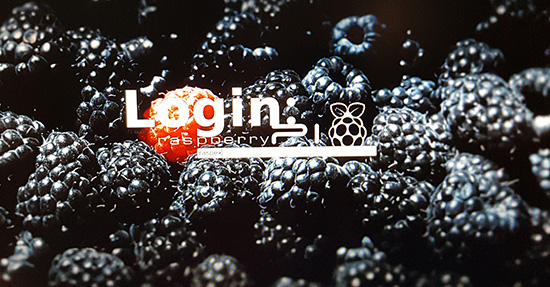 Expand the filesystem on the SD card
If you install many new big programs and/or download large files (for example videos) you may run out of space on the SD card. That is best fixed by running the following command: sudo sh /root/resize_rootfs.sh
NOTE: That’s all you have to do. Just wait for the script to fix everything. If you use a SD card of 128 GB all the space on it will be used afterwards.

About SSH, PuTTY, Samba, RealVNC and VNC Viewer
SSH, PuTTy (Telnet/SSH client for X), Samba and RealVNC are pre-installed in RaspEX Build 201227. You need to install PuTTy and and VNC Viewer in your Windows system if you want to connect to RaspEX/Raspberry Pi 4 from Windows. (Please read the developers information about how to configure PuTTy and VNC Viewer).

READ also about my RaspEX Build 210109 (for Raspberry Pi 4, Pi 3 Model B, Model B+ and 2 Model B) with OpenCPN pre-installed
OpenCPN is a free software (GPLv2) project to create a concise chart plotter and navigation software, for use underway or as a planning tool. OpenCPN is developed by a team of active sailors using real world conditions for program testing and refinement.