Compatibility :: April 2020
Unfortunately not all systems made for Raspberry Pi 3 and 2 will run on the new Raspberry Pi 4 computer. They need to be upgraded with a new kernel. I therefore have to upgrade the systems I distribute. I.e. RaspEX, RaspEX with OpenCPN, RaspEX Kodi, RaspAnd Marshmallow, RaspAnd Nougat 7.1.2, RaspAnd Oreo 8.1, RaspAnd Pie, EXTON OpSuS Rpi, FedEX Rpi3, exGENT Rpi4 and RaspArch. I have until now (200410) only upgraded RaspEX, RaspEX Kodi, RaspArch, exGENT Rpi4 and RaspEX with OpenCPN. Read about the new Raspberry Pi 4. 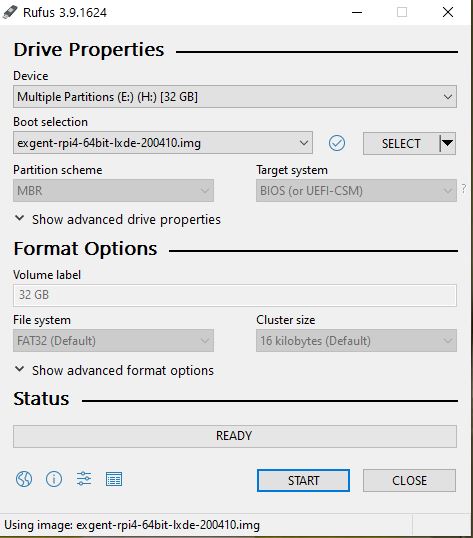