NEWS 151029: A new extra version of RaspEX is ready
Namely RaspEX Build 151029 based on Ubuntu 15.10 with OpenCPN pre-installed. OpenCPN is a free software (GPLv2) project to create a concise chart plotter and navigation software, for use underway or as a planning tool. OpenCPN is developed by a team of active sailors using real world conditions for program testing and refinement.
READ MORE about RaspEX Build 151029…

NEWS 151027 ABOUT RaspEX
My first version of RaspEX is from 150318 and my second from 150706. I have now upgraded the whole system. RaspEX is a Linux ARM system for Raspberry Pi 2. It is based on Debian Jessie (Debian 8.1), Ubuntu Wily Werewolf (Ubuntu 15.10, released 151022) and Linaro (Open Source software for ARM SoCs). In this new version (151027) I’ve installed Wicd Network Manager and added support for Adobe Flash in Chromium (so you can watch YouTube). I have also installed Samba and VNC4Server so you can connect to your Windows computers in your Home Network and/or control RaspEX on your Raspberry Pi 2 from your Windows computers with VNC Viewer and/or PuTTY (Telnet and SSH client). Furthermore some extra Network Tools.

About RaspEX
RaspEX is a full Linux Desktop system with LXDE (an extremely fast-performing and energy-saving desktop environment) and many other useful programs pre-installed. Chromium is used as Web Browser and Synaptic as Package Manager. You can use Samba and VNC4Server to connect to your Windows computers in your Home Network and/or control RaspEX on your Raspberry Pi 2 from your Windows computers with VNC Viewer and/or PuTTY (Telnet and SSH client). You can use Synaptic to install any extra packages you may need. For example LibreOffice. RaspEX uses Ubuntu’s software repositories so you can install thousands of extra packages if you want. 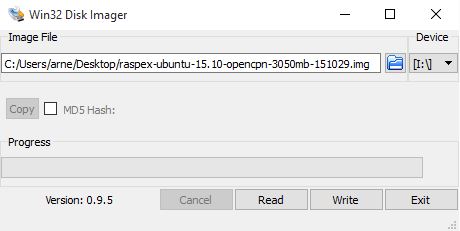 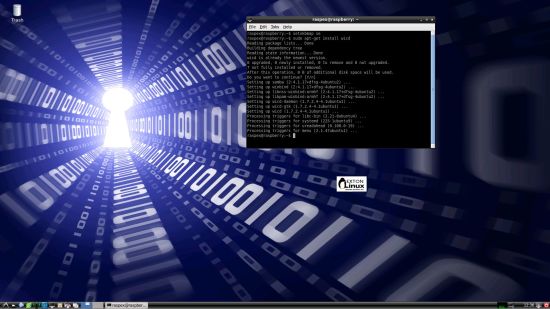 Wireless connections
If you have a Wireless USB Adapter – the only one which works for Raspberry is Edimax EW-7811Un (as far as I know) – you must configure Wicd Network Manager (apt-get install wicd) before you can use it. (You don’t need a wired connection for that). I.e. Wicd is already installed by me, but as I just said Wicd has to be configured before you can use it. Then change Wicd’s preferences to suit your wireless connection. NOTE: You’ll also have to add your router’s IP address to /etc/resolv.conf to be sure to get a permanent Internet connection.
NOTE also: You’ll have to edit /etc/resolv.conf even if you use a wired connection.

About SSH, PuTTY, Samba, VNC4Server and VNC Viewer
SSH, Samba and VNC4Server are pre-installed in RaspEX Build 151001. You need to install PuTTy and and VNC Viewer in your Windows system if you want to connect to RaspEX/Raspberry Pi 2 from Windows the way the below slideshow shows. (Please read the developers information about how to configure PuTTy and VNC Viewer).

Compatibility :: February 2016
Unfortunately not all systems made for Raspberry Pi 2 will run on the new Pi 3. They need to be upgraded with a new kernel. I therefore have to upgrade the systems I distribute. I.e. RaspEX, RaspEX with OpenCPN, RaspAnd and RaspArch. I will start with RaspEX.
Read about the new Raspberry Pi 3…

READ also about my RaspEX Build 151029 (for Raspberry Pi 2) with OpenCPN pre-installed
OpenCPN is a free software (GPLv2) project to create a concise chart plotter and navigation software, for use underway or as a planning tool. OpenCPN is developed by a team of active sailors using real world conditions for program testing and refinement.