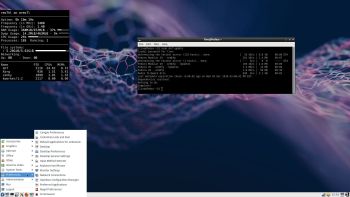 The Raspberry Pi is a credit card-sized ARM based single board computer (SBC). Fedora supports the the Raspberry Pi Model B versions 2 and 3 in all current Fedora releases, the 3+ is supported in Fedora 29 without any requirement of third party kernels or scripts to adjust official images.

FAQ
The documentation on Fedora Project ARM includes a Frequently Asked Questions (FAQ) about what is supported and what isn’t.

Why a remaster of the original Fedora 29 image?
The original Fedora 29 system uses the Gnome desktop. Since the Raspberry Pi 3 computer only has 1GB RAM Gnome is way to “heavy” to run smoothly. I have therefore in my remaster FedEX removed most of the Gnome applications and replaced the Gnome desktop environment with LXDE. LXDE, which stands for Lightweight X11 Desktop Environment, is a desktop environment which is lightweight and fast. It is designed to be user friendly and slim, while keeping the resource usage low. LXDE uses less RAM and less CPU while being a feature rich desktop environment. Furthermore I have “blacklisted” newer kernels than the one installed now, which is 4.18.16-300-fc29. Using newer Fedora kernels you won’t have a Wifi connection no matter what you do.

Study all installed packages in FedEX…

FedEX PERFORMANCE
Despite using LXDE the system is not very fast. When running YouTube in Firefox you’ll even have to be a bit patient. For some unknown reason the system performs slightly better when logged in as root. The original Fedora 29 Rpi 3 system has the same problem. If you want to run a real fast system on your Rpi 3 Model B+ computer you should go for RaspEX with BunsenLabs Build 181010 or RaspEX with LXDE Build 181022. A member on raspex.exton.se wrote this “review” the other day: In three days I´ve tried out different Linux distros on a laptop and on my rpi3b, “pure Ubuntu”, Kali, RaspArch, Arch and yours. Finally it feels right on my Rpi with RaspEX, easy to install and with only “2 problems” you get 9/10 (rootfs.sh and no_pubkey). After spending like 14 hours yesterday trying to install Arch on a HP-laptop, with both manual tutorial and some git-hub-pro-script, failing Big Time, this was a relief. Took me like 15min. Kali + HP = nice. RPI + RaspEX = love! 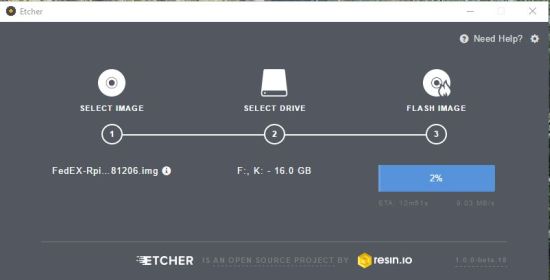 INSTALLATION of FedEX in Linux
In Linux you can/shall use the dd-command. This is the command to use:
xzcat FedEX-Rpi3-armhfp-lxde-1300mb-181206.raw.xz | dd bs=4M
of=/dev/sdX iflag=fullblock oflag=direct status=progress; sync
(All text in red on one line).
NOTE: Replace sdX with for example sdb, sdc, sdd, sde or… Check in carefully before you run the install command to avoid data losses. NOTE also: For best performance you should use Micro SD Cards of good quality. I can recommend Samsung MicroSD Pro Plus 32GB Class 10. Write speed up to 95 MB/s. Also Samsung MicroSD EVO 16GB Class 10. Write speed up to 48 MB/s. Price 25 $ respectively 12 $ (in Sweden).

Increase the size of the system partition
The system is of about 5GB and the system partition of about 6GB. This means that you’ll only have about 1GB for new installations etc. if you don’t do anything. I.e. if you use a card of 32GB about 26GB will be unused. You can however get rid of the 1GB limit after installing FedEX Rpi3 in Linux with the install command or in Windows using Etcher.
– start up Ubuntu or another Linux system – you can also use a Linux Live CD/USB stick
– start GParted – screenshot before resizing
– screenshot after resizing

LOGIN to LXDE
When the boot process is ready you will end up at Slim Login Manager. Log in to the LXDE desktop as the ordinary user live with password live or as root with password root. When logged in as live you can use Sudo to become root. Example: sudo su or sudo pcmanfm. At Slim’s login page it will look like this. 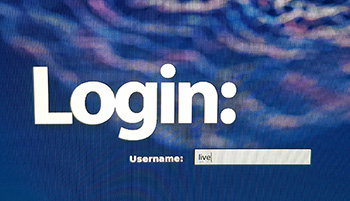 SOUND in FedEX
When logged in as root you will have HDMI audio output. For sound to work when logged in as live you’ll have to add live to the Audio group with the command sudo usermod -a -G audio live. After that you’ll have reboot your Raspberry Pi for the changes to take effect.

WHO SHOULD RUN FedEX Rpi3/Fedora 29 for Raspberry Pi 3?
My answer: The system fits the “advanced” Linux user/enthusiast, who would be willing to run an occasional command from time to time.

DOWNLOAD
FedEX Rpi 3 can be downloaded from SourceForge.net – Fast, secure and free downloads from the largest Open Source applications and software directory.